The Evolution of Mining Lamps

Mining has been around for hundreds of years. Before 1850, miners used open flame candles as well as hanging lamps. Both of which, became very dangerous because of hidden gasses. Their headgear consisted of cloth or canvas hats with leather brims as well as metal lamp brackets on the front to hang their source of light. The purpose of these were to protect the miner’s eyes and head but mostly used for their light source. Furthermore, new Mining lamps started to come about in 1850. 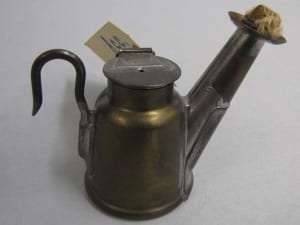 The Oil-Wick Cap Lamps first were used in 1850 in Scotland. Their design was simple and consistent. Also, they looked like teapots. The Lamps were made out of brass. They also had a hinged lid over the front and a hook on the back. This was for the use of mounting on the miner’s caps.

At the front of the lamp was a consistency of fat and oil. These were pulled through the wick to the top of the spout. Miner’s used the cheapest fuel they could find which was usually lard oil cut with kerosene.

As a result, this method was very dangerous. Furthermore, there was a thick smoke which irritated miner’s eyes. Also, it left them covered in soot. These lamps did come with an attachment like a drip ring to collect any oil falling from the wick and a reflector to direct the light to the work surface. These lamps had many disadvantages including smokier flames and the possibility of igniting flammable gasses. Even though these lamps were dangerous as well, they still had advantages over candles. They lasted longer and were easier to carry. Due to another type of lamp that was safer, Oil-Wick Cap lamps where no longer in use after 1920. 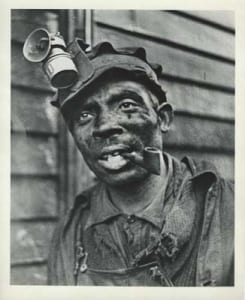 The Carbide Lamps were originally discovered by Edmund Davy in 1836 but weren’t commercially used until Thomas Wilson’s effort in 1894.  All credit goes to Frederick Baldwin for developing the first carbide mining lamp.

Also, holding a U.S. Patent for an Acetylene Gas Lamp which was granted August 28, 1900. These lamps gain their power from the reaction calcium carbide has with water. This produces acetylene gas.

Controlling the Lamps During Mining

The dripping mechanism controls the size of the flame. Also, they include a built-in striker. This is for the ignition of the gas. Furthermore, when lit a reflector allows the miner to control the direction of the light. These came in different sizes. From small hand lamps to larger hanging lamps. Carbide lamps have many advantages over the oil-wick lamps. They produce no carbon monoxide and consume less oxygen.

Additionally, they give off a brighter flame and a higher quality of light. Although these lamps have many strengths, they do have their weaknesses. The run-time is only about four hours. In addition, they need to be refilled mid-shift. Furthermore, the burning tip was prone to clogging. Also, a large wind gusts would put out the flame. These lamps were a solution to some major issues. However, they were no longer in use by the 1930’s. 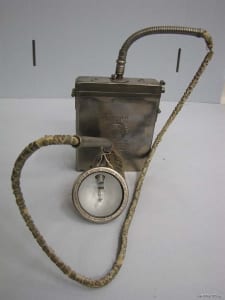 In 1914 John T. Ryan Sr. and George H. Deike founded Mine Safety Appliances Company (MSA) in wake of a record number of deaths due to mining. They sought out Thomas Edison to help create dependable and safe electric cap lamps for miners.

The Addition of Batteries

They were able to do this with a rechargeable battery pack. The Edison Cap Lamp consisted of a battery encased in a self-locking steel case worn on the miner’s belt. A flexible cord came from this battery to the cap and protected by flexible steel. This battery could power the lamp for 12 hours.

The bulbs themselves included an immediate disconnect of electrical contact if broken, this prevented flammable gasses in the air. Miners would wear these lamps on both canvas caps and hard helmets. A form of this helmet and electric lamp combination is still in use today. However, there are improvements in the area of battery life and weight. Also, there is a change to tungsten and LED bulbs. Also, there are breakaway or segmented cords to allow the miner to be less inhibited by the battery pack.

For more information please check out the National Museum of American History.

For information on Falconer Electronics, please click these helpful links: