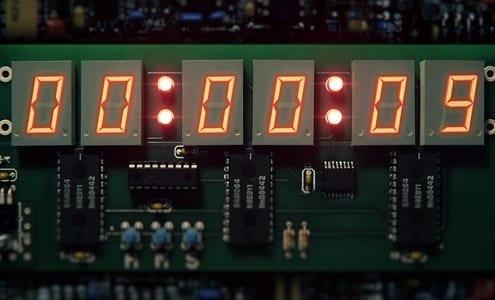 Anyone who loves action movies looks forward to the intense pivotal scene that has you on the edge of your seat. It’s the one in which the main character is sweating holding a pair of clippers to a series of wires. Then, he turns to another character and asks that nerve-wracking question “Which wire do I cut? Red or blue?”. We’ve all held our breaths as he chooses. Furthermore, some of us have even closed our eyes as he actually makes the cut.

However, when we open our eyes and start breathing again we notice there was no explosion. Therefore, no loud boom sounded out from our speakers. Also, the characters are usually laughing making jokes about that “being a close one”.

Is this realistic Bomb Defusing? We have no idea. However, we do know it is very suspenseful in the movies.

Action Movies: Which Wire Gets Cut?

Below we have chosen several action movies with the scene we described above. Some will be older classics that you look at and think “I loved that movie. Why haven’t I watched it in so long?” Meanwhile, others may have you wondering why you have never seen them.

**Either way, this is your warning: SPOILERS AHEAD.**

Die Hard with a Vengeance

To start off our list we have chosen a classic. Everyone who loves action movies has watched the Die Hard series, probably more than once. Also, the scene in Die Hard with a Vengeance has itself gained its own cult following.

Throughout the movie, the hero John McClane has to solve a series of bombings in order to arrive at the location of the main bombing. Then he discovers it is a school. Therefore, the question arises of how do they disarm this bomb without the children getting injured or worse. Luckily McClane has a bomb expert named Charlie on his side.

Why is it a fan favorite? Due to the ending result of the bomb explosion of course. It is not every day that you see a movie with a bomb scene where the result isn’t a loud BOOM. However, that is exactly how this scene went. There was an unexpected result that was not an explosion.

Another fan favorite is Lethal Weapon 3. As movie buddies go the team of Martin Riggs and Roger Murtaugh is unique. They are more like frenemies. What makes them frenemies? Roger doesn’t really like Martin’s leap before you look attitude. Also, Martin doesn’t always appreciate Roger’s overly cautious personality.

Throughout the entire bomb scene, you hear Roger questioning Martin’s decisions. He disagrees with Martin’s choices from the very beginning. However, when Martin goes into the building to check out the bomb Roger follows him. Roger’s actions show that deep down he really does care about Martin and his well-being.

Once the duo gets into the building and they both have eyes on the bomb, things begin to move rather quickly. Martin takes a closer look at the bomb and is able to see that the time left is under 10 minutes. With the option of a red wire or blue wire to cut Martin tries to convince Roger that he knows what he is doing. However, Roger notices that halfway through his explanation Martin changes his mind. Originally the blue wire was the chosen one to be cut. Unfortunately, Roger’s fears came true when the red wire was cut and the countdown increased in speed and their time ran out even faster. 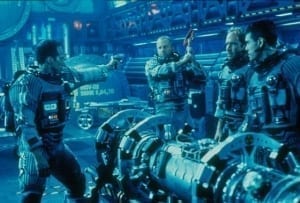 Everyone knows about the movie Armageddon. Along with the action scenes, there was drama, romance, and even humor. Also, just like with all of the best action movies, there is a series of scenes that lead up to the very memorable iconic “Save the World” scene.

For starters, the countdown on the bomb starts unexpectedly. This adds tension among the crew. Not only are they afraid for their own lives but for the fate of the world. In order to continue the work that they were sent to the asteroid to do they need to find a way to stop the countdown. Unfortunately, they are not in control.

They are given a few minutes of hope when the countdown is turned off. However, it is short lived when government agents arrive at the space station and turn the countdown back on. This leaves the crew with just over a minute to come up with a plan to stop the bomb from going off and killing them all.

Interested in Ground Straps? You can order custom built ones here!